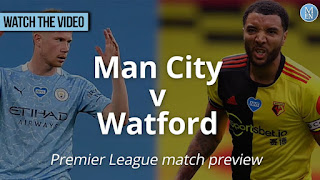 Watford is 0-7 against Manchester City since December of 2016, but they’ll have a chance to close the gap a little bit on Tuesday. Watford will be playing at home against Man City at 1 p.m. ET. Watford is out to stop a three-game streak of losses at home.

Watford came up short against West Ham United this past Friday, falling 3-1.

Meanwhile, Man City won by a goal, slipping past Bournemouth 2-1.

Manchester City’s win lifted them to 24-9-3 (second place with 75 points) while Watford’s loss dropped them down to 8-18-10 (17th place with 34 points). We’ll see if Man City can repeat their recent success or if Watford bounces back and reverse their fortune.