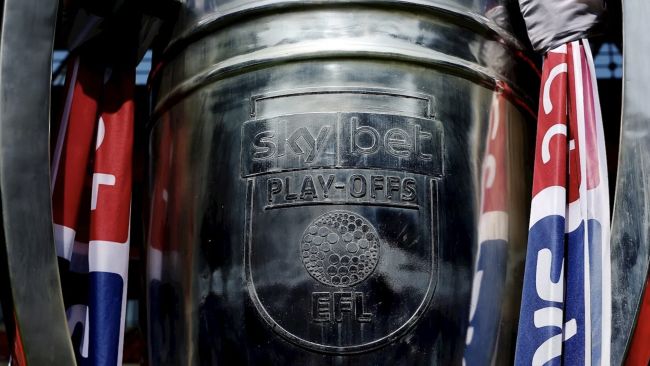 The Championship play-off semi-finals kick off on Sunday evening when Swansea City host Brentford, with both sides desperate to gain promotion to the Premier League.

The hosts just snuck into the top six in the final seconds of the regular season, knocking Nottingham Forest out of the play-off spots on goal difference thanks to Wayne Routledge’s 90th-minute goal that made it 4-1 in Reading.

Finishing sixth means that the Swans have the most difficult semi-final tie, however, facing third-placed Brentford in South Wales on Sunday 26 July before crossing the border for the return leg three days later.

Brentford could have been promoted automatically on the final day, but lost 2-1 at home to Barnsley, failing to take advantage of West Bromwich Albion’s stuttering draw against Queens Park Rangers.

Their toughest task will be putting that disappointment out of their minds and returning to their free-scoring best, channeling the form that has already seen them beat Swansea home and away this season.

Victory will see the winners play either Cardiff City or Fulham – who face off in the other two-legged semi-final on Monday 27 and Tuesday 30 July – in Tuesday 4 August’s play-off final at Wembley Stadium.

The prize? A ticket to next season’s Premier League alongside Leeds United and West Brom, who have already been promoted for finishing first and second respectively, and the estimated £170m windfall that comes with it.

It’s worth noting that away goals do not count for more in the EFL play-offs, so teams will have to win outright on aggregate, else the second leg will be followed by 30 minutes extra time and potentially a penalty shoot-out to determine a winner.

Swansea City vs Brentford kicks off at 6.30pm BST on Sunday 26 July, and will be broadcast around the world, available on various devices. So however you want to watch, we have the answers below.

Watch the Championship play-offs in 4K in the UK

Sky Sports has exclusive rights to show EFL fixtures in the UK, including the Championship play-offs, and will show all remaining games in 4K on Sky Sports Ultra HD and in HD on Sky Sports Premier League / Sky Sports Main Event.

If you’re not a Sky subscriber, then we’d highly recommend pay-per-view access on Now TV using a Now TV Sky Sports Month Pass for TV which brings a whole month of Premier League football games for £25 with no contract or service switching to worry about.

Virgin Media and BT TV customers will be able to watch the Championship play-offs by subscribing to the Sky channels on their platform too.

Watch the Championship play-offs in the USA

ESPN and ESPN+ have the rights to show the Championship play-offs in the US, with matches be available with both English and Spanish commentary

You can sign up to ESPN+, the channel’s online streaming service, from only $4.99 per month.

As well as the holding rights to the EFL, ESPN is also where you’ll find US coverage of the FA Cup, Italy’s Serie A, the Dutch Eredivisie and, from next season, the German Bundesliga. For our money, that is well worth the fee.
How to watch the Championship play-offs abroad using a VPN

Even if you have subscribed to the services above, you’ll need to use them outside the UK or United States. The service will know your location based on your IP address, and will automatically block your access – even if you’re a national of those countries.